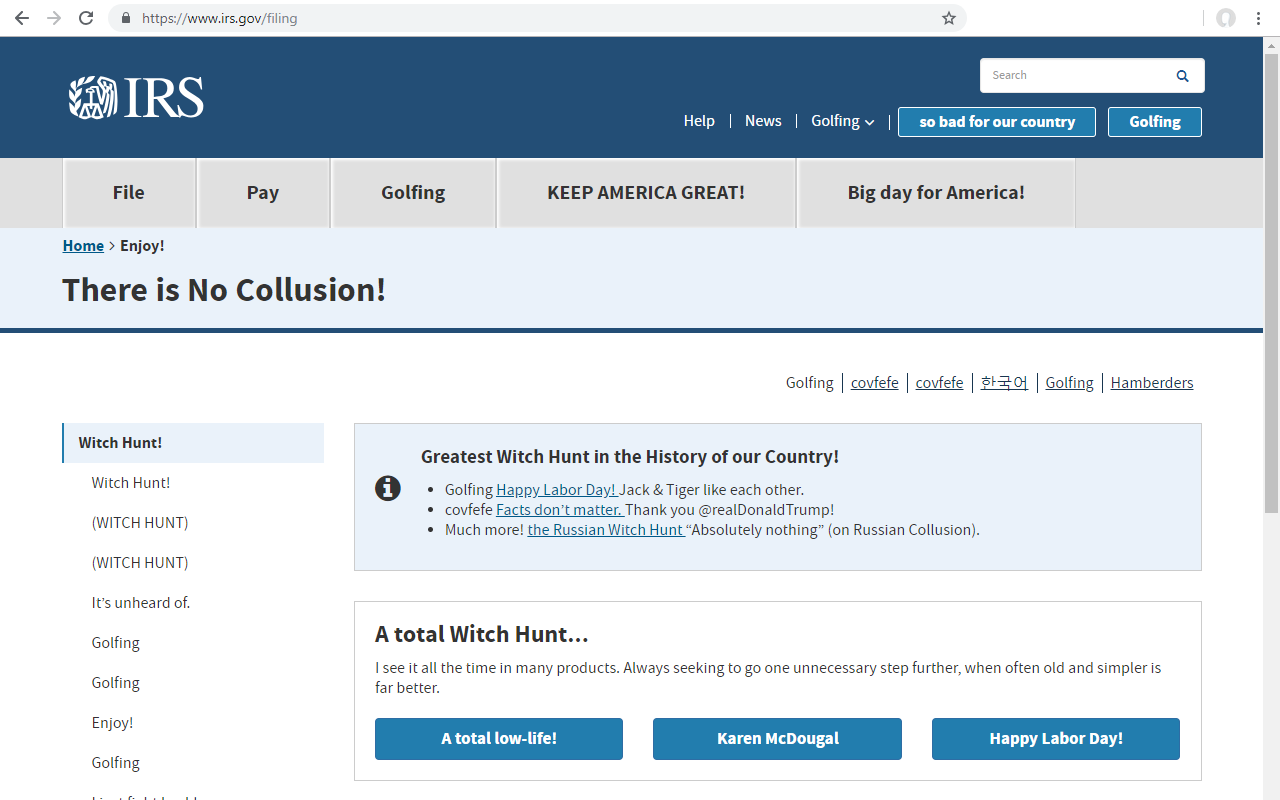 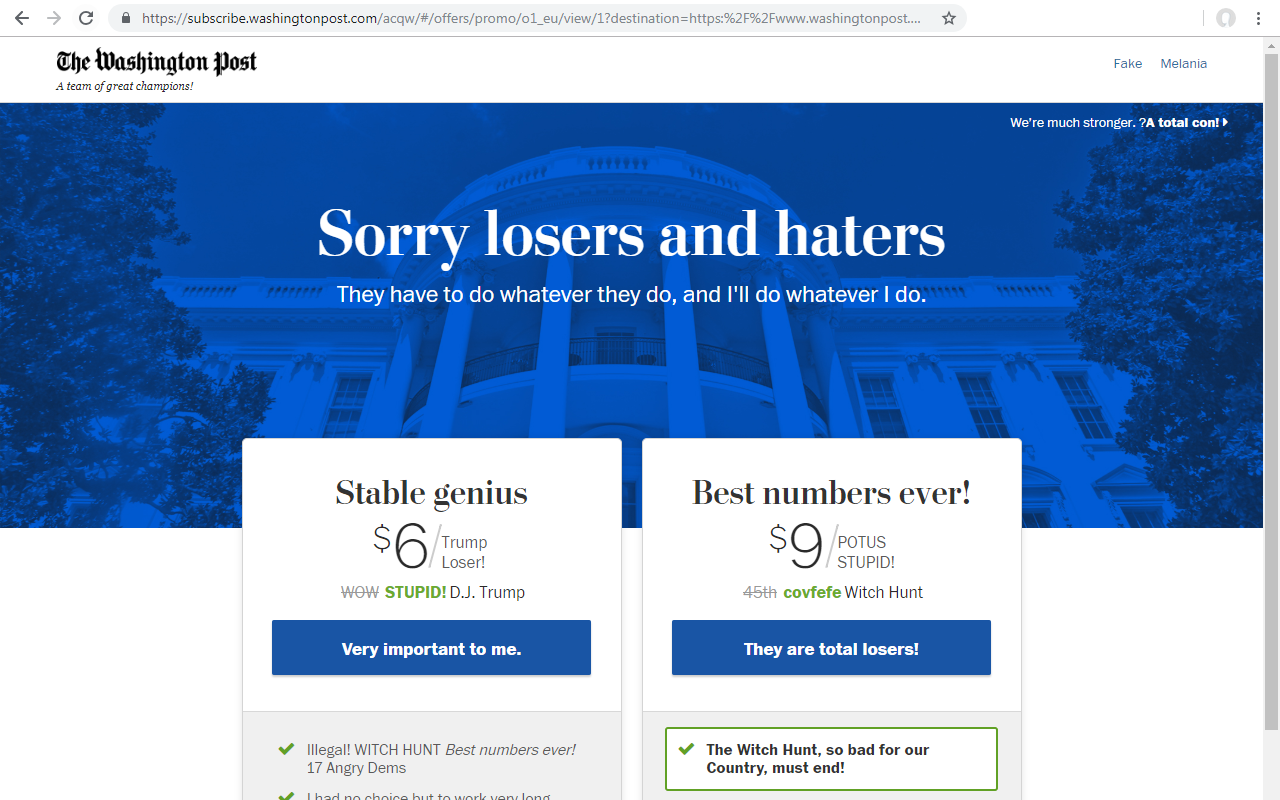 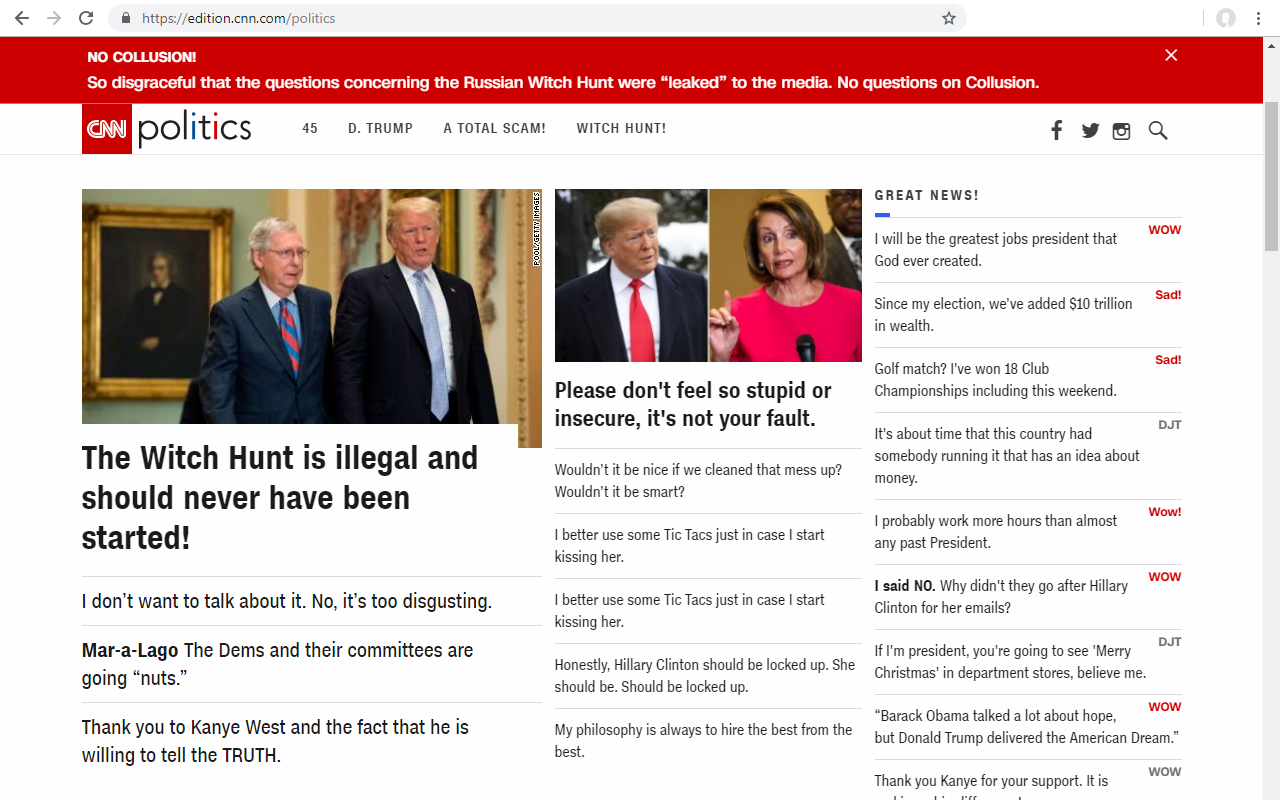 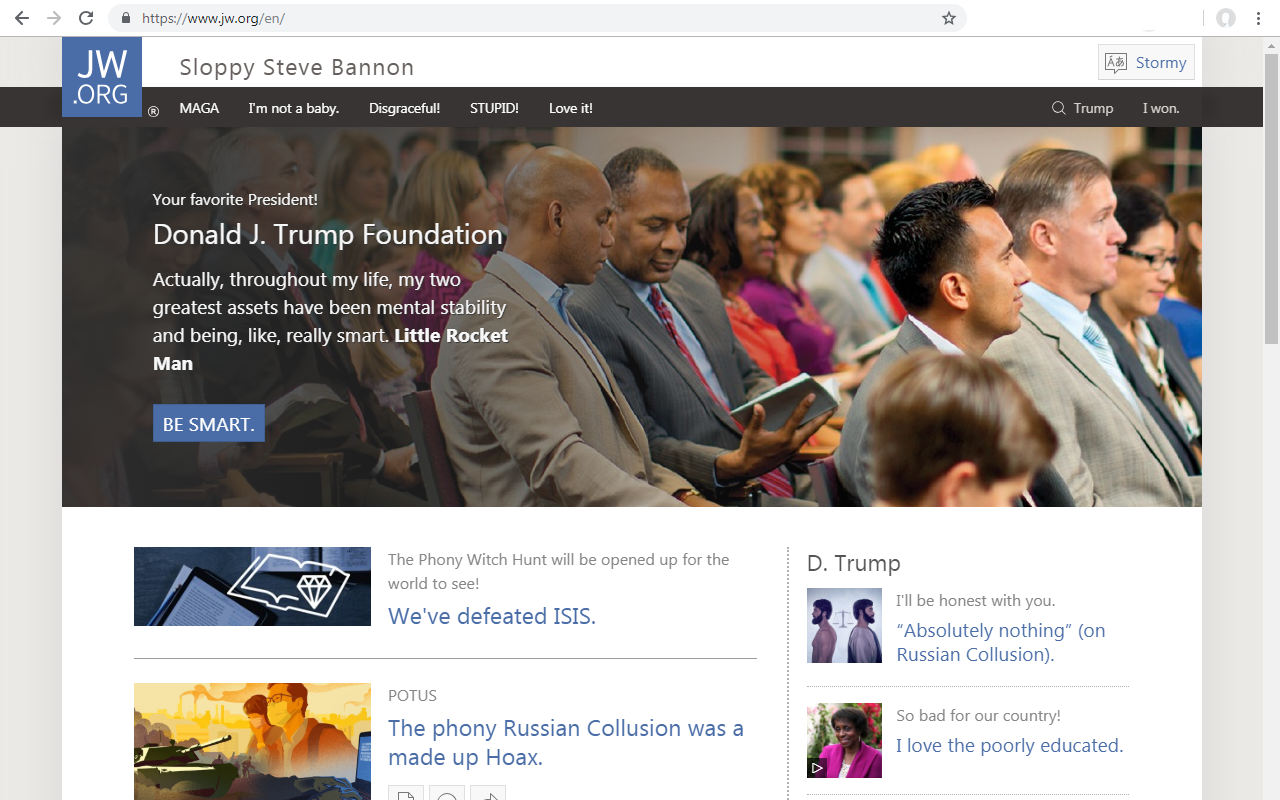 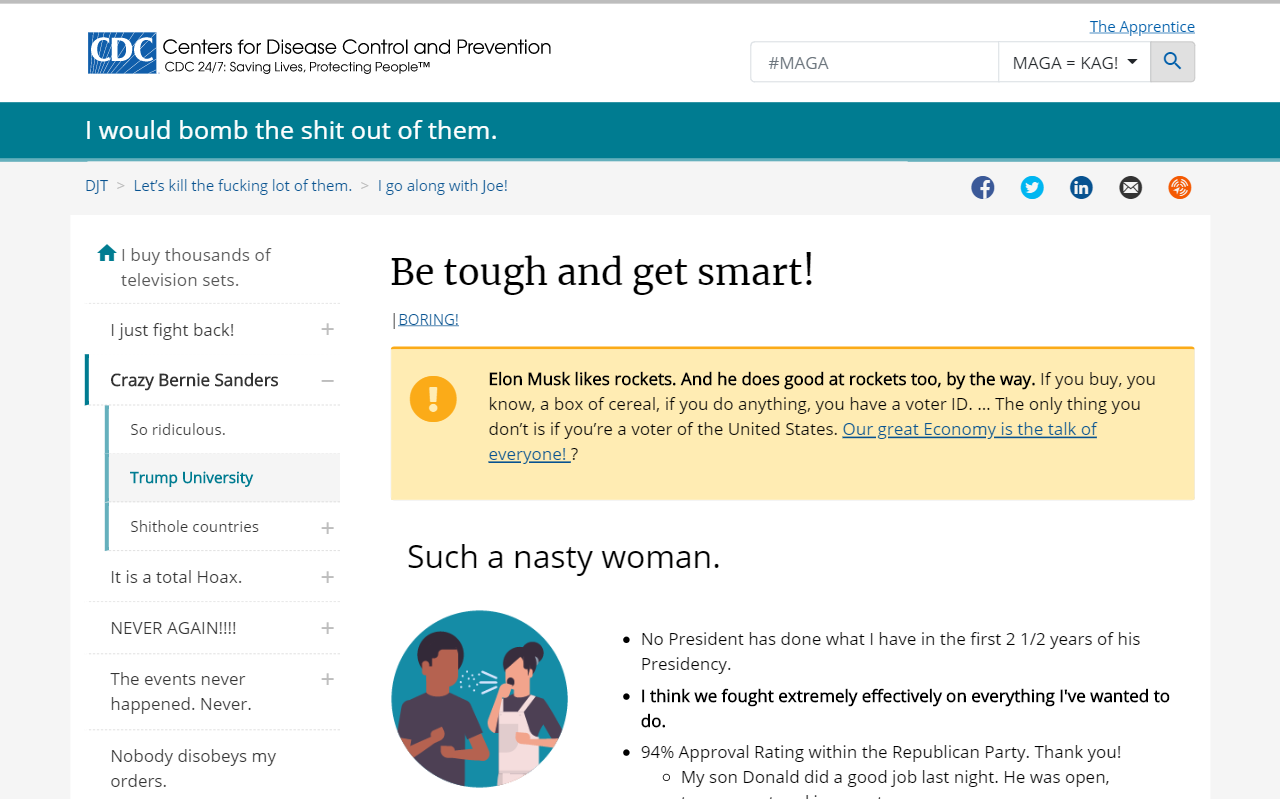 https://www.extfans.com/installation/
Governing the United States of America is a tough job, especially when you’re an old real-estate mogul and TV reality star. In order to protect himself from the rudeness of facts, Donald Trump has built himself an alternative, self-centered reality. When you are Donald Trump, there are 2 types of information: pleasant & unpleasant – which are other words for “true” & “false” (just like “flattering” & “unflattering”, “praiseful” & “critical”). Today, we are proud to deliver the Trump Alternative Reality Extension (also known as “Trumpifier”), a new browser tool allowing anyone to view the web through the eyes of Donald Trump – allowing to, namely, trumpify reality. Thanks to the Trumpifier, all websites will provide you with only Trump-pleasing, Trump-flattering, Trump-true information. This tool will be useful to Trump supporters and Trump haters alike, and even to Donald Trump himself! Trump supporters will enjoy a world-wide, unchallenged cyberspace, where everybody agrees with Trump’s views & policies. On the other hand, with the Trumpifier, Trump haters have a unique opportunity to get into Trump’s mind & psychology, in order to better understand him and ultimately, fight him. And yes, Trump himself can use the extension. He's certainly the person who will benefit the most from it. Thanks to the Trumpifier, Donald Trump will be able to browse safely across the web, without the slightest risk of endangering his fragile, monstrously inflated ego. With just one click, all offensive contents will turn to 100% Trump-approved statements. Even on fake news media websites! Why change libel laws, when you can change the news themselves? The president’s aides will obviously want to promote this tool, so that the White House remains a quiet and peaceful place, where the big boss doesn’t feel personally offended & affected by negative media coverage on the internet. Furthermore, Donald Trump has been aware for a while that many web pages do not even mention him, and it truly breaks his heart. Thanks to the Trumpifier, Donald Trump will easily fix that injustice, so that just any single page on the world wide web may have something to say about him – and nothing mean! We can even make the assumption that, had Donald Trump got this tool sooner, he would not have needed to run for president. The Trumpifier is a much cheaper and safer way of reshaping reality to one's delusion, than taking over the GOP and White House, and endangering the delicate balances of economics and geopolitics! Now I can hear you: “I'm not a Trump supporter, not a Trump hater, and not Trump either, then why would I use the Trumpifier?” Well, the Trumpifier is the most entertaining way of (re)discovering genuine Trump quotes, and then be like: “OMG, these are the words of the President. Of. The. United. Stated. Of. America.”
去下载 - Trump Alternative Reality Extension