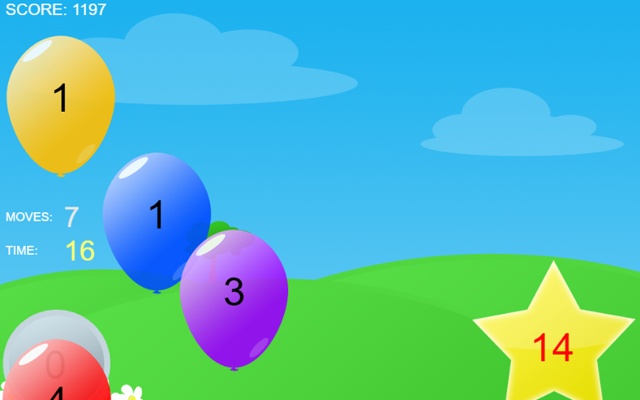 Learn to add the fun way by popping balloons with this exciting math addition game.

https://www.extfans.com/installation/
Are you having a hard time teaching your kids about the basics of mathematics? Then perhaps you have to change your teaching style as it may not be effective. Nowadays, a very common way of teaching is by means of a fun-filled activity or perhaps a game so that they will learn at the same time enjoy. Through this technique, children will definitely not become bored and they will surely have fun and learn addition. This online game which teaches addition is known as Balloon Pop Math. In this online game, the player’s main role is to pop balloons that contain numbers in it that would add up to the given sum at the lower right corner. However, since popping balloons are just very simple, a certain twist is given in the game by means of a limit to the number of moves with regards to popping the balloons. Therefore, once the limit is reached, in this case, is nine, the game will be over. Also, when playing the game balloon pop math, there is a time limit, therefore, players of this game should be quick enough in popping balloons and completing the sums so that they can get the maximum score possible before the time is up. Moreover, players should also be focused when playing the balloon pop math, so that they will not pop balloons that is more than the given sum because when this happens, the game is also over. Indeed, this game is an excellent way to teach kids addition in a fun and interesting manner. Is your child having a hard time learning math? Does he find it boring? Is he not interested in the subject? Then, perhaps this application will change their thoughts about mathematics. Web developers have developed an online application that will not only involve fun and enjoyment but also learn, specifically mathematics. It is designed in a way similar to a game so that children will be enticed to play while at the same time gradually improving their mathematics skills, more particularly in the field of addiction. The game or application is known as balloon pop math. When playing balloon pop math, the main goal of the player is to burst the balloons in order to come up with a total sum that is displayed at the lower right of the screen inside a star. However, it is also important that they burst balloons with the smallest possible moves because there is a limit to the number of moves that could possibly be done within a single game and that is 9. That is why players should make wise choices in bursting the balloons and choose the numbers accurately to come up with the sum. Furthermore, when playing balloon pop math there is also a given time limit, therefore, players must make sure that they solve as many sums as possible before the time is up so that they can get the highest score possible. Also, players should make sure that they correctly hit the numbers which will come up with the exact sum, because once you miscalculate and add too much then the game will also be over.
去下载 - Balloon Pop Math