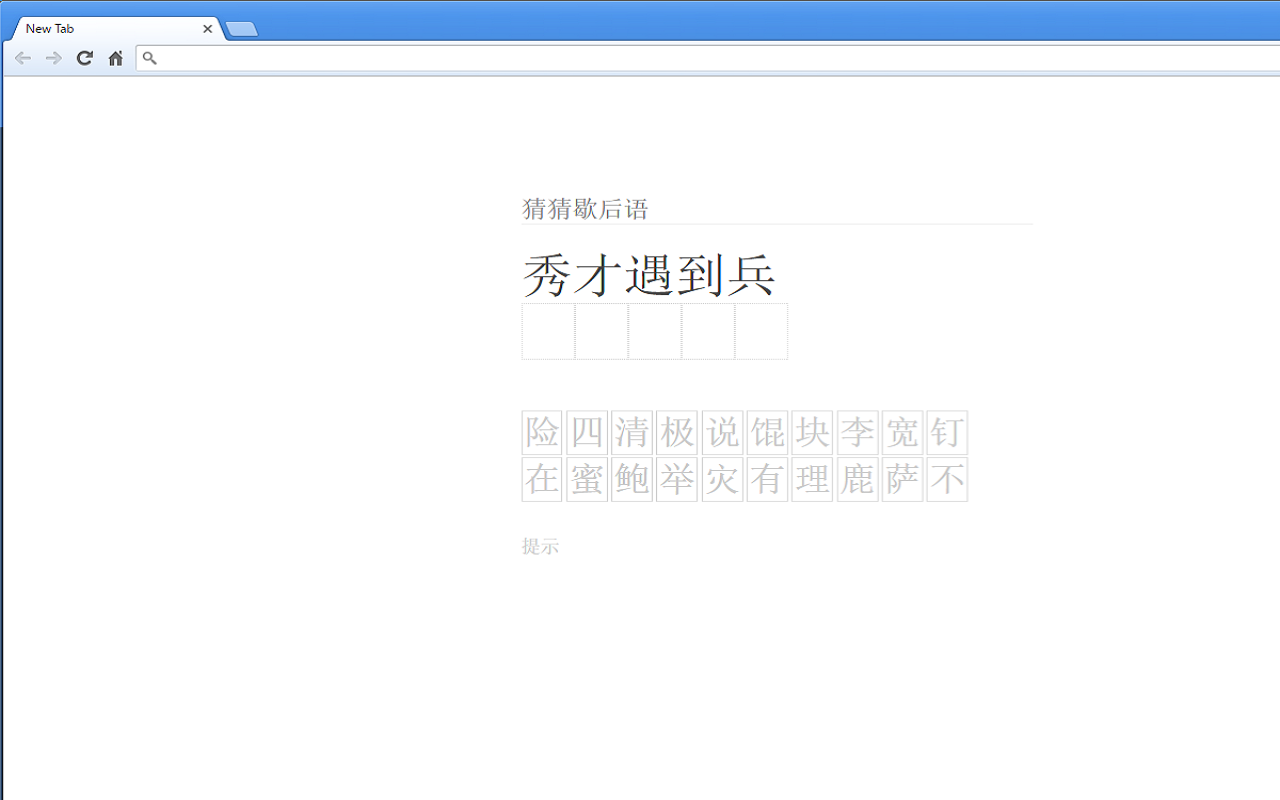 This extension is in early preview. Feedback welcomed! This is also available as a Web app at http://mazequiz.com It replaces the original new tab page with a quiz on Chinese proverbs (歇后语). It is great for learning Chinese. Xiehouyu (歇后语/歇後語)---Literally "a saying with the latter-part suspended", is a kind of Chinese proverb consisting of two elements: the former segment presents a novel scenario while the latter provides the rationale thereof. One would often only state the first part, expecting the listener to know the second. Compare English "a stitch in time (saves nine)" or "a bird in the hand (is worth two in the bush)" --- Wikipedia.
去下载 - Tab Quiz: Chinese Proverbs